About $31M will be spent at public board, while the Catholic board will be spending about $13.2M this summer
By: Jessica Owen 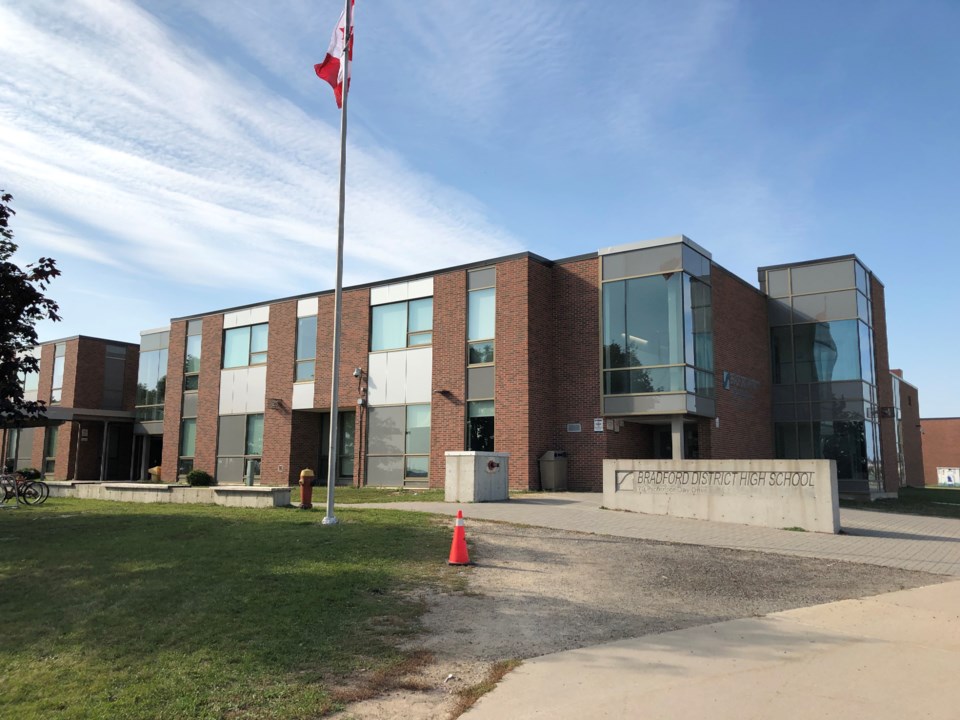 Due to a major influx of cash from the provincial and federal governments, both the Simcoe County public and Catholic school boards are able to nearly double their investments in local school repairs this summer over last year, making 2021 one of its busiest school construction seasons yet.

At the Simcoe County District School board, about $31 million will be spent on summer construction this year. The funding comes from two major sources: the federal and provincial governments provided the board with $17 million through the COVID-19 Resilience Infrastructure Stream, while the board approved about $14 million in upgrades through regular provincial funding.

At the Simcoe Muskoka Catholic District School Board, about $13.2 million will be spent. The board received $10 million through the COVID-19 Resilience Infrastructure Stream, with $3.2 million coming through regular provincial funding.

“It’s made for this summer to be very busy for our maintenance and construction crews,” said Corry Van Nispen, who is controller and manager of designing construction for the public board. “This is supplementing the projects we had planned, but by giving us the funds earlier we were able to move up the timelines on those projects.”

Craig Elliot, manager of capital projects with the Catholic board, says the board has been able to invest so much more funding than usual due to the money coming down through the federal stream.

“This is not a normal year for us, from that perspective,” said Elliot.

In Bradford West Gwillimbury, public board projects to be worked on this summer include:

At the Catholic board, St. Jean de Brebeuf Catholic Elementary School will be getting HVAC upgrades

Some of the funding through the public and Catholic boards will also go toward the installation of water-bottle-filling stations and touchless door hold open devices in schools. New portables will also be purchased, and HVAC upgrades will be completed in many existing portables.

With the construction sector currently managing through supply chain issues due to the pandemic, Elliot said it has made summer construction projects more challenging.

“Nobody knows how long this market is going to be like this. We’re hoping the cost of construction material will settle and jump back to where it was pre-pandemic time,” said Elliot.

Van Nispin said the board considers itself fortunate to not have been hit hard by increases in construction costs, however he says it has been a challenge to be able to get construction crews, as they’re in high demand in all sectors.

“The challenge right now is manpower,” he said. “There is so much work out there. We’re just a small piece of the bigger picture. The amount of money that has been made available to various public sector organizations has increased the amount of work we’re looking to get done.”

“So far, everything seems to be progressing well.” said Van Nispin.

In regards to new schools, construction work is underway at both boards as well.

At the public board, work is finishing up on Maple Ridge Secondary School in Barrie’s south-end. Grade 9 and 10 students will be starting at the school in September. Ground is being broken at the (still unnamed) Bradford North elementary school, with plans to break ground in the coming weeks at the Bradford South elementary school.

At the Catholic board, construction started on the new Catholic elementary school in Alliston in June, with the school planned to open in the Fall of 2022. The project is expected to cost $12 million total.

Work on a replacement School for St. Charles Catholic Elementary in Bradford in May 2021 with an opening also planned for the fall of 2022. That project is expected to cost $15 million.